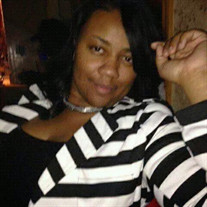 The Beginning This journey called “life” began for Summer Gladney on October 7, 1984 on Blytheville Air Force Base, in Gosnell, Ar. She was born to Willie Gladney and Cynthia Snipes. Her Calling Summer professed hope in Christ at an early age at St. John Full Gospel Church and was baptized by Pastor Robert Johnson. By age 15, she was preaching and teaching the word of God. Full of wisdom she always appeared to be older than her age. Her Journey Home On June 18, 2019, at Methodist University Hospital in Memphis, TN, with love ones by her side, Summer’s journey of life was complete. Heaven Bound Summer was preceded in death by her grandparents Mack and Bobbie Gladney. Her Life Journey Summer was a very intellectual, God- fearing woman. She was also a loving mother, daughter, sister, and friend. Her love for others motivated and brought her a generous amount of joy. Summer was a remarkable cook and enjoyed trying new foods and recipes. She also demonstrated a great affection for animals and nature. Summer graduated from Wooddale high School (Memphis, TN) in 2003, and continued her education at Southwest Tennessee Community College. She was employed at Internal Revenue Service many years, before beginning a new career in Osceola, AR. Shortly after moving to Osceola, Summer took sick and would spend the next eight months in and out of hospitals. The Blessed Family She leaves to cherish her memories; three children Dorian Spencer, Gabrielle Spencer both of Marion, AR, and Raegen Renfroe of Memphis TN. Her parents Cynthia (Samuel) Snipes of Marion, AR, and Willie (Sheena) Gladney, two sisters Brittany Gladney and Ashlyn Gladney one step-sister Amber Harris all of Memphis, TN; her grandmother Bessie Woodson of Osceola, AR, and one nephew Bryson Gladney of Marion AR. She also leaves her God sisters Jessica Cruthfield and Gyana Hardy both of Memphis TN; Close friends Kenneth Woods of Dallas, TX; Ebony Webb of Memphis, TN, Kristina Dean of Birmingham, AL; Brittany Glen-Batts and Shundesta Callicut both of Olive Branch MS; and a host of aunts, uncles, cousins and friends.

The Beginning This journey called &#8220;life&#8221; began for Summer Gladney on October 7, 1984 on Blytheville Air Force Base, in Gosnell, Ar. She was born to Willie Gladney and Cynthia Snipes. Her Calling Summer professed hope... View Obituary & Service Information

The family of Summer Gladney created this Life Tributes page to make it easy to share your memories.

Send flowers to the Gladney family.